Although the contagions in the US do not show signs of falling, the stock exchanges remain tonic and the risk appetite is high

Although the contagions in the US do not show signs of falling, the stock exchanges remain tonic and the risk appetite is high

Although Shanghai is preparing to record its sixth consecutive rise, the European stock exchanges are falling after reaching their one-month highs in the July 7 session and the brilliant closing of Wall Street accompanied by the record prices of Amazon and Netflix. The spread of infections in the United States, where the total cases are close to 3 million, and the worrying situations of Australia and India are monitored by investors while on the macroeconomic front, the rebound of German industrial production in May disappointed (+ 7.8% month on month compared to expectations for + 10%).

In Milan behind Ubi, Diasorin stands out

Piazza Affari moves back bringing the Ftse Mib under altitude 20 thousand points. Diasorin highlights: analysts report the potential benefit for the diagnostic team from the progress made in studies on the efficacy of vitamin D as a defense against Covid-19. Sales start on Ubi Banca after the 4.2% jump that accompanied the first day of the public exchange offer promoted by Intesa Sanpaolo to gain control of the Lombard institution: the title still remains a premium compared to the value expressed by swaps. Intesa Sanpaolo downhill.
Outside the Ftse Mib, + 4% for d’Amico who announced the sale of two ships.

The spread between BTp and Bund is slightly down. In particular, the yield differential between the ten-year benchmark BTp (IT0005403396) and the Bund of the same duration, is indicated at 165 basis points, one less than the 166 of the closing on 6 July. years, indicated at 1.21% compared to 1.24% of the last reference. Anticipated for the second day of placement of the new future BTp which at the beginning collected orders for 2.37 billion euros.

The Tokyo Stock Exchange moves back from the highs in a month and ends exchanges with a minus sign, with investors triggering profit taking after the three consecutive days of rising, and with the yen returning to appreciate on the main currencies, due to the ever-present fears of an expansion of coronavirus cases globally. The Nikkei drops 0.44% to 22,614.69, losing almost 100 points.

On the currency market, theeuro it does not hold 1.13 against the greenback. Petroleum down to $ 40 a barrel in the August WTI contract, while Brent September drops to $ 42.6 a barrel.

The hearing was held on June 12 at the Rouen administrative court and the decision fell on June 26. For several years now, a legal conflict has arisen between the Mixed Syndicate for the Treatment and Recovery of Waste (Smitvad) from the Pays de Caux and the communities that wanted to leave it. A conflict that went as far as the Council of State. And that the Smitvad has just won.

In 2016, ten inter-municipal authorities as well as the commune of Écalles-Alix (which depends on the com’com Yvetot Normandie), were members of Smitvad. This conflictual situation is due to the redistribution of intercommunalities within the framework of the NOTRe law of January 1, 2017. The former com’com of Valmont joined Fécamp Caux Littoral Agglo, the com’com Cœur de Caux, Caux Seine Agglo and the com ‘com by Criquetot-l’Esneval, Le Havre Seine Métropole. However, these communities are members or clients of Sevede, another household waste union. Consequences: the outgoing communities no longer brought their household waste to the methanization plant in Brametot (near Fontaine-le-Dun) and no longer participated in the financing of Smitvad, endangering its survival and financially impacting com’com remaining.

After initiating several procedures, the Smitvad was successful. In November 2019, the Council of State issued a decision favorable to the union against Le Havre Seine Métropole. Then, in February 2020, the Council of State again ruled in favor of Smitvad for the two other structures: the Sevede and the agglomeration of Fécamp.

“He ordered the two structures to bring back their waste within fifteen days, under penalty of penalty of 1 000 € per day late », announced Jean-Jacques Demares, president of Smitvad, in our edition of February 20, 2020. Same sentence for the loan contracted for the creation of the methanization plant in Brametot. Communities also had to participate in treatment fees.

Smitvad and the remaining communities were therefore absolutely delighted with this decision. “For me, it is only justice”, declared Gérard Colin, president of the community of communes of the Côte d’Albâtre, when for his part Alfred Trassy-Paillogues, president of Plateau de Caux-Doudeville-Yerville claimed that “It was a stake at 8 million euros, while the state was proposing a memorandum of understanding at 900 000 € ».

As for outgoing communities, Jean-Marie Crochemore, vice-president in charge of rudology for Fécamp Caux Littoral Agglo, said: “We are awaiting judgment on the merits. Even if I don’t expect much from justice “. Because for this decision to be fully ratified, the Rouen administrative court had to “Trial judge”. Since June 26, therefore, it’s been done. Once again, the Smitvad is the winner.

“The court has decided on the continuity of contracts and this takes over from the referral from the Council of State”, specifies Jean-Jacques Démares, who would have largely preferred to avoid all this legal slump. “If the communities had been law-abiding and correct, there would never have been so many procedural costs. And slate, it is beautiful. We only estimated one part, but which already amounts to more than 80 000 € ».

If this new stage of the administrative court consolidates Smitvad for the future, its president, at least until September again, remains measured as “To years 2017 and 2018 where these communities paid nothing. This is something that has not yet been decided. But I would like that, given the latest decisions, that we find an amicable settlement ”. 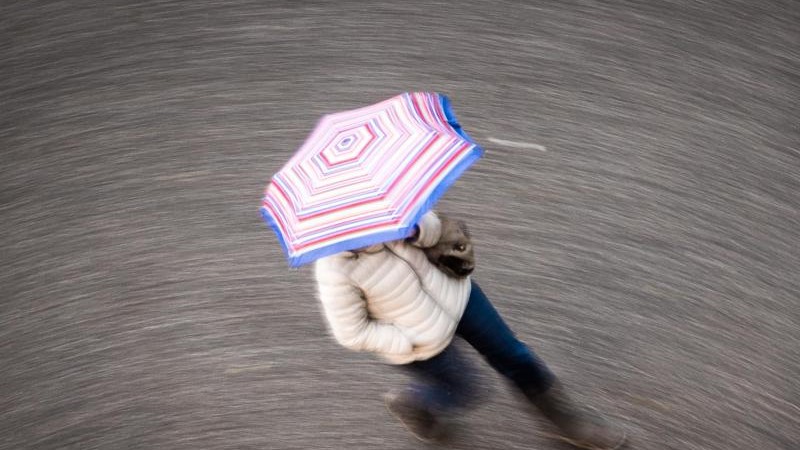 Offenbach (dpa / lrs) – The weather in Rhineland-Palatinate and Saarland changes in the middle of the week. With loose spring clouds, the sun often shows up on Tuesday, only in the northeast it is cloudy at times, as the German Weather Service (DWD) announced. It stays dry at temperatures between 19 and 24 degrees. On Wednesday it will become increasingly cloudy in the north, initially it will be cheerful in the southern half. From midday, some rain can fall in the north, otherwise it is dry. The temperatures rise to 23 to 26 degrees. On Thursday, it will remain cloudy according to the DWD. In the north, rain falls occasionally at maximums of up to 25 degrees.

The Barcelona Councilor for Health, Gemma Yana, assured this Monday that the Catalan capital is not “anywhere near” in the situation of Lleida, in the face of the situation of confinement by coronavirus in the Segrià region (Lleida), ordered by the Generalitat on Saturday.

”In Barcelona we are not, not even close, in the Lleida situation. They are not comparable. But we must make an appeal for prudence ”, Tarafa said at a press conference, and said that in the last week 150 Covid-19 positive cases have been detected by PCR.

The situation in Lleida and Barcelona are not comparable “

He admitted that this data represents a small increase compared to the previous week, in which 90 cases were detected: “Traceability is important to have cases controlled. We continue to live with the virus. We must be prudent and responsible. “

On the 150 cases detected by PCR, which means that they have COVID-19, registered last week, Gemma Tarafa explained that they are distributed throughout the city, without there being any “major focus”, but rather that they are “small, family members ”.

Last week, 60 more positives were detected than the previous one, without “a major focus” in the capital.

Tarafa has assured that incorrect data have circulated about the new cases in the city: “The numbers of the positive Covid-19 with PCR have been mixed with those of the rapid tests, which tell us whether or not a person has passed the disease” .

He underlined that this increase in cases “has nothing to do” with the situation in Lleida, and has insisted on the need to know the contacts of the positives to control the situation and avoid major outbreaks

Unique images of wolf devouring prey in the Veluwe | NOW – The latest news first on – NU.nl.

Unique images of wolf devouring prey in the Veluwe | NOW – The latest news first on NU.nl.

TRIBUNPALU.COM – The government has updated positive patient data corona virus at a press conference at Graha BNPB, Sunday (5/7/2020) at 15.30 WIB.

Spokesperson of the Republic of Indonesia Co-19 Task Force for the Acceleration of Handling, Achmad Yurianto said that today there were additional cases, both positive, declared cured, and died.

Based on these data reports, 1,607 new cases were recorded.

Then, to this day there are 886 patients declared cured, bringing the total number of cured patients to 29,105.

As for the death patients increased by 82 victims, bringing the total to 3,171 deaths.

So that if accumulated, there were 31,473 active cases or still undergoing treatment.

Data sources came from the Directorate of Protection of Indonesian Citizens and BHI, Ministry of Foreign Affairs.

New strain of coronavirus is more infectious but does not make people sicker than before, according to a global study Breakingnews.fr

José Ignacio Ortega Vasalo, a journalist for the EFE Spanish edition, described the behavior of Russian striker Celta Fedor Smolov. His words are quoted by Championship.com.

“He is a smart and intelligent guy, speaks excellent English. But sometimes he behaves like a child, although he is already 30 years old and it’s high time to grow up, ”Vasalo said. He added that football in Spain is the business of professionals, and “you must constantly prove your right to play.”

According to the journalist, the Russian “acted like a child” during quarantine against the backdrop of the coronavirus pandemic when he left the club’s location and went to his family in Russia.

On June 27, Celta tied (2: 2) with the Catalan Barcelona. Smolov noted a ball scored. Former Russian national football player Roman Pavlyuchenko reacted to this with the words “you can end your career.”

On July 1, it was reported that Celta extended Smolov rent. Now Smolov will be able to spend the rest of the championship of Spain. The tournament will end on July 19th.

We turn to the Red Bull Ring for the first free practice session of the Austrian GP, ​​the inaugural race of the 2020 season. The Austrian GP weekend is live on Sky Sport F1 (channel 207) and Sky Sport Uno (channel 201)

In Rouen, Sarah Vauzelle is the new assistant for sport and...

Jamie Lynn Spears tears up as she recounts the details of...

Fitch Predicts Recession “of Unprecedented Depth” Due to Coronavirus Pandemic