Home Tech Windows 11, the Mica effect is a solution to boost performance
Tech

Windows 11, the Mica effect is a solution to boost performance

Microsoft seems to have decided to democratize the Mica effect in Windows 11. Not very resource intensive, is it one of the solutions to boost the performance of the OS?

We know that the development team around Windows 11 aims to improve performance in 2022. It is a focus and a call has already been made to put in place a battle plan. In the meantime, changes are taking place slowly in the operating system.

The adoption and democratization of the effect Mica accelerates. It allows a rendering close to the “Acrylic” effect but requires less resources. Microsoft is quick to promise that modern PCs will have no trouble handling it. To find out, just open the Windows 11 Start Menu. The background appears translucent, revealing the tones of the background and windows behind. In reality this is not the case, it is opaque in order to relieve in the machine and to accelerate the rendering. The office and the various operations are faster and more dynamic.

The Acrylic effect is one of the advances in Fluent Design present in Windows 10. This translucent effect has been applied to certain elements of the interface such as windows for example. This vagueness, although pleasant, is unfortunately resource-intensive, in particular on the side of the graphics solution (dGPU or iGPU). Suddenly an impact on the performance of the PC is possible as well as on the autonomy of laptops.

Windows 11 and performance, Mica is democratizing

This simple observation explains Microsoft’s choice to replace it with a new effect called Mica. Mica does not offer any translucent appearance. It lets you think about it through color gradients based on the desktop background. The idea is to provide a modern looking “color hierarchy” without any impact on system performance.

Mica is not yet generalized to the entire interface. Microsoft is taking it step by step. The effect has found its way to several native Windows 11 applications. It ranges from Photos to the calculator to the Edge browser and the capture tool. 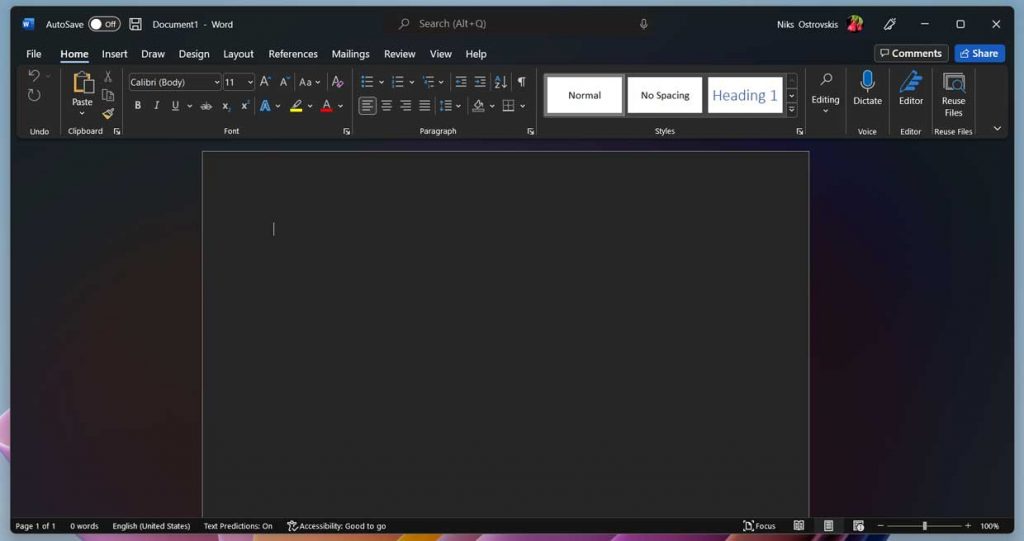 In a recent “Preview”, Microsoft decided to take it a step further by offering the effect in the title bar of certain UWP applications such as “Tips” and the “Feedback Hub”. Likewise, the Office office suite is expected to use it in particular Word, PowerPoint, Excel, Outlook and Notepad. The redesign is underway in order to align as well as possible with the interface of Windows 11. The firm does not hide it by indicating that this new appearance of office will create ” an intuitive, consistent and familiar user interface To match the philosophy of Windows 11.

Sony will turn mobiles into PSPs

Valve confirms that Steam Deck will not get...

WhatsApp Users On IPhone Will Get This Feature...

Trony flyer “The cheapest you pay the half”...

PS Plus for December confirmed by the German...

PlayStation Plus games announced for December

How to Edit and Improve Voice Memos on...