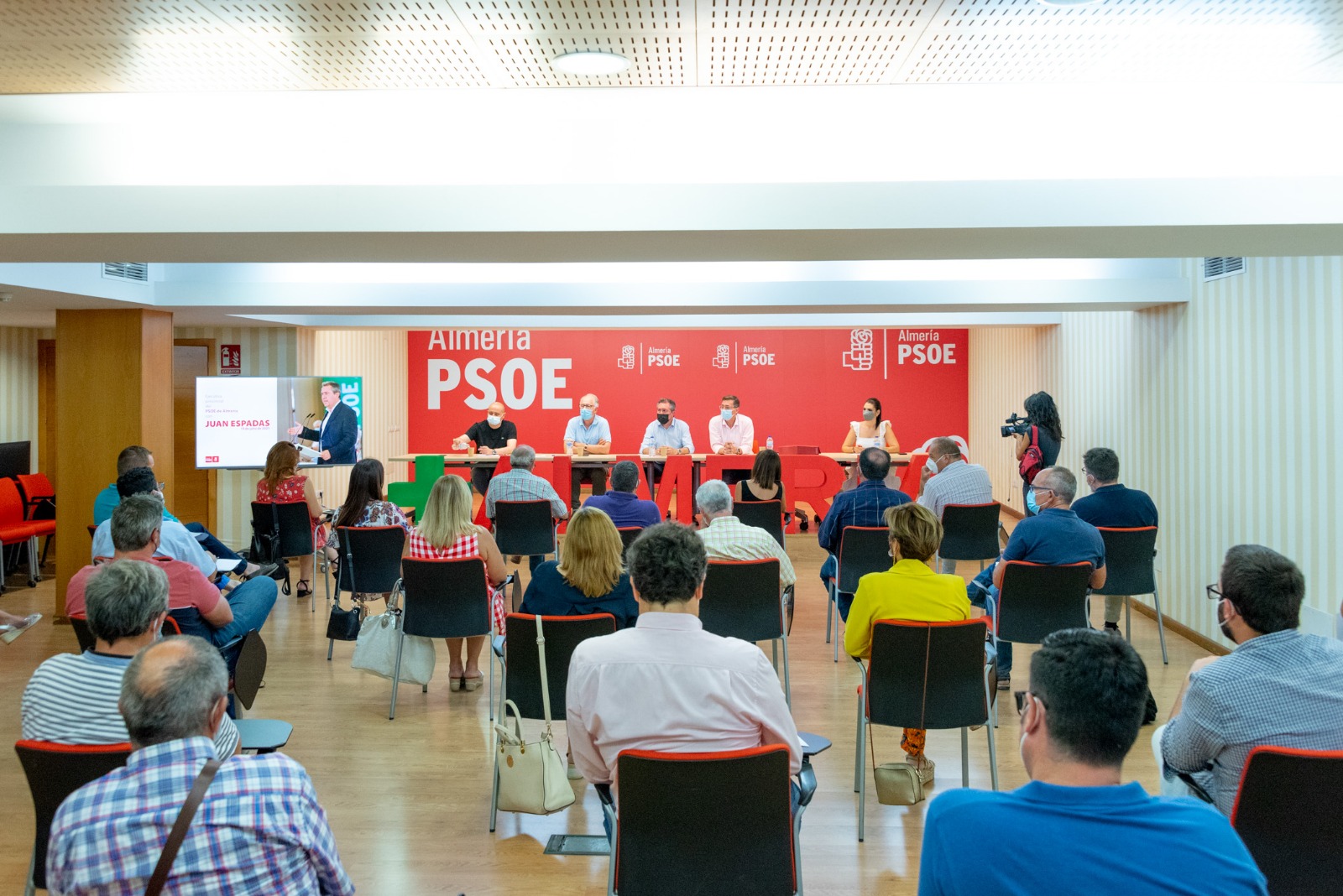 The PSOE of Almería will attend the 40th Federal Congress of the PSOE with a list of delegates representative of the realities of the different regions of the Almeria province and of the party in the province, in which a voice will be given to mayors and municipal spokespersons, in line with the municipalism for which the Andalusian PSOE leader is committed , Juan Espadas.

The general secretary of the PSOE of Almería, José Luis Sánchez Teruel, will lead the delegation, in which ten mayors of the province and ten municipal spokesmen will also participate, the PSOE spokesman in the Provincial Council and socialist representatives in the Cortes Generales and in the Parliament of Andalusia.

Sánchez Teruel has ensured that the Almeria delegation attends the 40th Congress that the PSOE will hold in Valencia “with the satisfaction of having at the head of the Government of Spain a president who complies with Almería”.

In this sense, he has highlighted in a statement the investments that the Pedro Sánchez executive is allocating to the AVE line between Almería and Murcia, “that can be described without any doubt as historical and that will suppose a before and an after for a province, like Almería, punished and abandoned by the governments of the PP” “.

On the other hand, Sánchez Teruel also highlighted the “progress” that has taken place for the repair of the Cuevas del Almanzora desalination plant, with the drafting of the project and the execution of the works for an estimated value of almost 20 million euros.

In the same way, he stressed that the Government is going to allocate 23 million to channel the rivers Adra, Antas and the Rambla de Charcones, “in a bid to tackle in one stroke the historical problems of flooding that these channels have caused every time there have been heavy rainfalls.”

Sánchez Teruel has pointed out as “great news” that the Ministry of Agriculture considers inclusion, “for the first time, of the fruit and vegetable sector within the direct payment scheme of the CAP “.

“In short, we are advancing at cruising speed in matters as important to Almería as the AVE, water infrastructures or the promotion of agriculture, stalled by the disastrous management of the PP during his years of government, in addition to what the recovery funds approved by the Government will mean and that will make it possible to make productive investments that generate employment, especially for young people, “he said.

Among the 28 delegates are in the top positions the mayor of Níjar, Esperanza Pérez Happy; Senator Indalecio Gutiérrez; the spokeswoman for the municipal group in the Almería City Council, Adriana Valverde; the Provincial Secretary for Organization, Antonio Martínez, the Andalusian parliamentarian Noemí Cruz, the mayor of Vícar, Antonio Bonilla, the senator Ines Plaza, the PSOE spokesman in the Provincial Council and mayor of Serón, Juan Antonio Lorenzo, and the mayor of Garrucha, María López.

From now on, the assemblies of the different groups they have until September 26 to draft the amendments that they consider appropriate to the Framework Presentation.

Subsequently, a pre-conference convention will be held on Viator on October 1 that it will approve the amendments that the Almeria delegation will defend in the Federal Congress, which will be held from October 15 to 17 in Valencia.

React to 2020 animated trailers before movies are canceled.

LUCERO and LUIS MIGUEL sing ALL THE LOVE IN THE WORLD

the Ménaka region has become “the priority target” of terrorists

Roger Federer has a tennis match against Duchess Kate

The Calzadeño actor, Manu Ríos, ‘sneaks in’ among the ten Spanish celebrities with the most followers on Instagram – Lanza Digital

Snap kills the selfie drone Pixy before it even takes off

Tías approves an extraordinary loan of 64,638 euros for land in Los Lirios and Los Fajardos

Track cycling. Sébastien Vigier had “not prepared” for the European championships – Ouest-France

React to 2020 animated trailers before movies are canceled.

LUCERO and LUIS MIGUEL sing ALL THE LOVE IN THE WORLD

the Ménaka region has become “the priority target” of terrorists