During his visit to the House of Africa, De Lille affirmed that no other friend knows more about the sacrifice for the freedom of his nation than the people of Cuba, although “we carry scars that remind us that our freedom was not free.”

He also recalled the visit of the great anti-apartheid leader Nelson Mandela to Havana in 1991, when at that time he said that the Cuban people had a special place in the heart of Africa.

De Lille stressed that Cubans defeated the apartheid state in the battle of Cuito Cuanavale and have welcomed South African students in their schools since the 1970s.

In his speech, he ratified the presence and work of doctors trained on the Caribbean island in hospitals and clinics in his country as an essential achievement.

The trade unionist specified that in the construction sector, 27 technical advisors from the largest of the Antilles currently work in the Ministry of Public Works and Infrastructure.

On this matter, the Cuban Minister of Construction, René Mesa, highlighted that these agreements began in 2003, were extended in 2005 and the presence of specialists from the island in five states of the African country is reported today.

In statements to Prensa Latina, the Cuban Deputy Minister of Foreign Affairs, Anayansi Rodríguez, specified that the relations between the two countries are historic.

He added that all the contribution that Cuba made in the face of the debt of blood and gratitude to Africa was to help in a modest way the process of liberation and independence of the nations of that continent and to put an end to the disgraceful apartheid regime.

On the other hand, Rodríguez thanked South Africa “for the support in our battle against the economic, commercial and financial blockade imposed by the United States government.”

Moments before, the director of the House of Africa, Alberto Granado, offered Patricia de Lille a tour of that cultural institution belonging to the Office of the Historian of Havana, where she received an exhaustive explanation of the history, culture, art and African resistance. 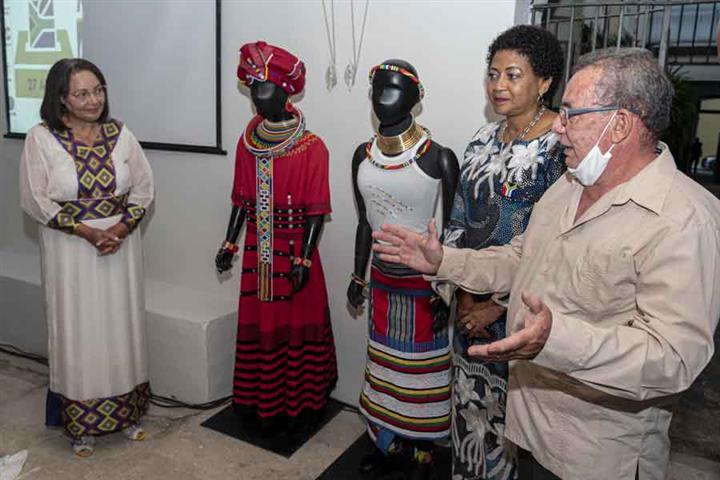 On April 27, 1994, the South African people celebrated the day that Nelson Mandela became the first black president of that sister nation of Cuba.

Rafael Nadal reveals – be ready to quit after the success | Tennis

Razer acquires the company Interhaptics to boost the haptic ecosystem

Education – Saarbrücken – Streichert-Clivot: There must be no school closures – education

Rafael Nadal reveals – be ready to quit after the success | Tennis