Coswig. Dear Coswiger, for whom the heat is too big, the rain too much, the food failed or your friend ran away – there is a way to get in a really good mood again. And with one Video. It was designed by 200 dancers from Coswig from the Arriba dance community from Coswiger Children’s center.

In 3:34 minutes you can see scenes of lively Afro dance music in all possible striking and unusual places in the city. Of course, there is dancing in the city’s public squares, on Wettinplatz, in front of the church, in the Kötitzer bathing pond, between vines, at Villa Teresa, in the stock exchange, on Spitzgrundteich and even on the roof of the town hall. Torsten Schröder from City Marketing and Sports in the City Hall not only spun the ideas with Arriba dance teacher Sindy Höft, but also organized the roof dance and the final scene in the industrial area on a factory hall roof.

Sindy Höft reports on the worldwide Jerusalem Challenge, which is so named because videos of the “Jerusalema” dance pull have been recorded all over the world. With the intention of filming yourself in the restricted Corona times, to move around and to bring joy to yourself and others. The dance teacher: “We have been practicing with tablets, computers and mobile phones since March. Everyone at home. But we wanted to do the video shoot when we can move more freely again. “

The recordings were made in June, when it was again possible outside without any problems. Sometimes even with beautiful drone shots. The three-and-a-half-minute video entitled “Arriba meets Coswig” was filmed and edited by the student Lukas Döhring. He came to the dance community through the mediation of city marketing man Torsten Schröder, says Sindy Höft.

The film was shot for almost four days, especially on the weekend early in the morning when the seats were also free. 13 dance groups participated enthusiastically. The youngest in the video are three years old, teenagers and young women up to 20 years of age were there.

On the part of the city, a message from city marketing to the citizens of Coswig says: It was already clear to the many dancers in Arriba last year that the Jerusalem Dance Challenge should also be a large joint project in the association in Coswig. Due to the pandemic, however, the training could not take place as usual. Many steps were practiced in digital training units, but it was not really possible to rehearse together.

To make the challenge something special, we looked for cool dance spots together with the city of Coswig. The ambition could be seen in all dancers and a little bit of nervousness could also be felt. After all, it was the first appearance after many months, even if there were no guests on site.

The result after cutting all of the material is a successful overall project by the association and the city. “Look forward to the Jerusalema Dance Challenge in Coswig. Write to us in the comments or subscribe to our channel, ”said Torsten Schröder.

Almost 10,000 people have now clicked on the video on the YouTube channel. The first comments are also included. It says, for example: “It shows everyone how beautiful you are, what you can do and, above all, how beautiful our home is – our Coswig in Saxony, on the Saxon Wine Route!” Or: “Super great and beautiful pictures of the most beautiful Places in our city. “ 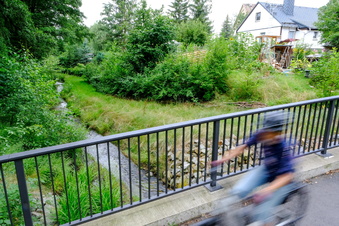 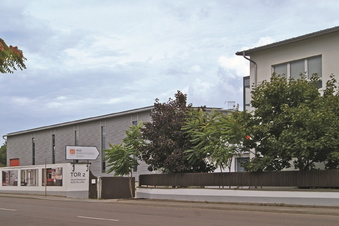 The Arriba dancers are now allowed to train normally again. Most of them are there once a week. Those who train for competition practice more often. Sindy Höft: “We are looking forward to the German Showdance Championships, which will take place in Riesa from October 1st to 3rd.”

Accusations of veto and PC-FA clash: what left the definition of the vice-presidencies of the CC | Special

Di Petsa and the sexy “wet” dresses that made her famous

De Roon makes fun of himself and goes...

Video: Close race between red and green in...