price, design, release date, specs… we know everything about the tablet!

A massive leak has taken place about the Galaxy Tab S8, Samsung’s next high-end tablet. This indiscretion not only reveals all the ergonomic contours of the product, but also the main elements of its technical sheet, as well as its approximate price. Its release is in early 2022, a little over a year after the Galaxy Tab S7.

The Galaxy Tab S7 was released almost a year ago. We had the opportunity to test the “Plus” version of this tablet top of the line. And we gave it an excellent rating. It must be said that the Galaxy Tab S range is one of the best on the Android slate market. And it continues to improve, largely inspired by technologies introduced in smartphones such as the Galaxy S21 Ultra.

For two months, rumors affirm that Samsung is working on a replacement, named without great surprise by the experts of the indiscretion “Galaxy Tab S8”. This tablet could even be declined in a Tab S8 “Ultra”, with a giant 14.6-inch screen. Chasing the land of Apple’s iPad Pro, such a product could easily replace a Chromebook-type laptop.

Today, the classic version of the Galaxy Tab S8 has been the subject of a massive leak. The French leaker Steve Hemmerstoffer, alias OnLeaks, posted on Twitter and on the Indian site Zouton renderings of the tablet, revealing all the ergonomic details. And first observation: Samsung has relied heavily on the Galaxy Tab S7 to create its new tablet. 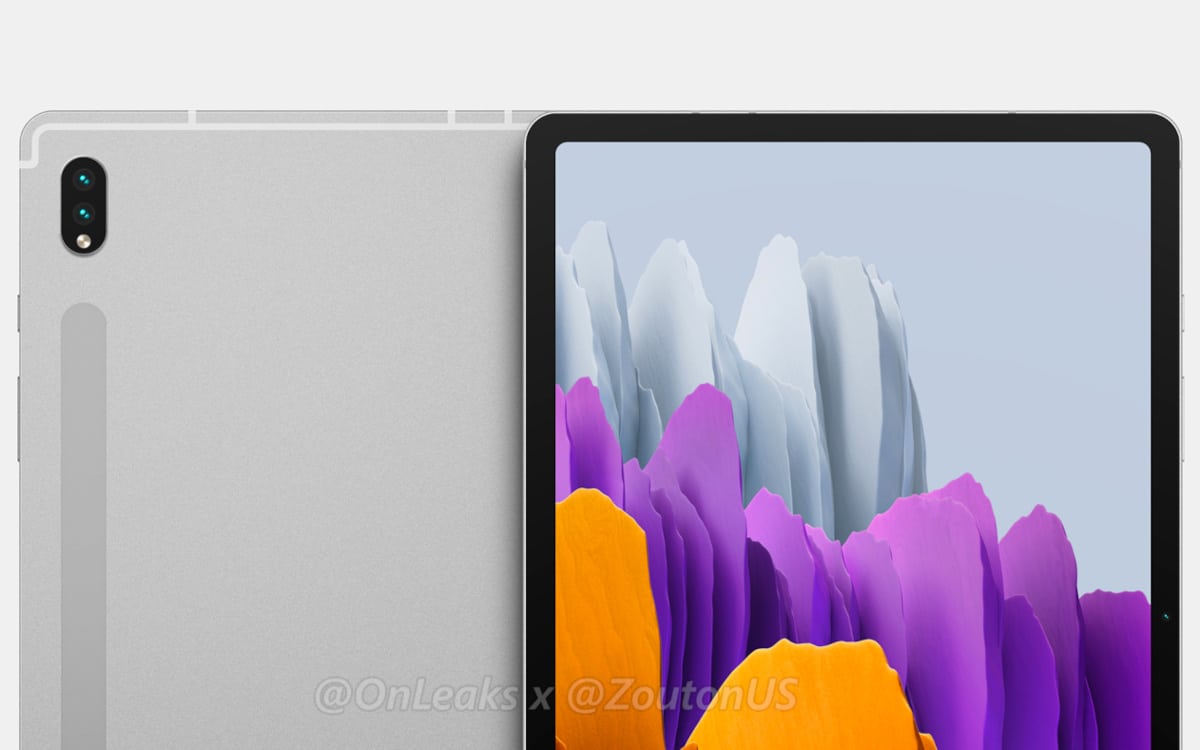 Aluminum frame with visible separations for “iPhone 6-style” antennas. Double photo sensor on the back. Dedicated S-Pen slot. We would also find a screen of the same size: 11 inch. The fingerprint reader would still be integrated into the power button. The thickness of the tablet would be less than 7 mm.

The leak doesn’t stop there. It also reveals some technical and commercial elements. The Galaxy Tab S8 would therefore be equipped with a screen LCD 120 Hz whose definition would be 1600 x 2560 pixels. The SoC would be the Snapdragon 888, as revealed by the previous rumor. The tablet would benefit from 8 Go of RAM and 128 GB of storage. The battery would benefit from a capacity of 8000 mAh. It would be 45 watts fast charge compatible. Photo equipment was not specified.

The price of the Galaxy Tab S8 has also been announced. The tablet would be sold at 650 dollars about. An improved version would be proposed to 850 dollars. But it is not clear whether it will be the Galaxy Tab S8 Ultra or a simple increase in the datasheet with the same components. Finally, the tablet’s release date would not be set for November, but would be pushed back to early 2022. A delay that could be due to the shortage of components.

First Sonic The Hedgehog 2 trailer will be...

Snapchat has 306 million daily users of its...

Mammoths are said to have become extinct just...

Game Awards: The presence of a crazy and...

The perpetrators sneak up on them: Sexual abuse...