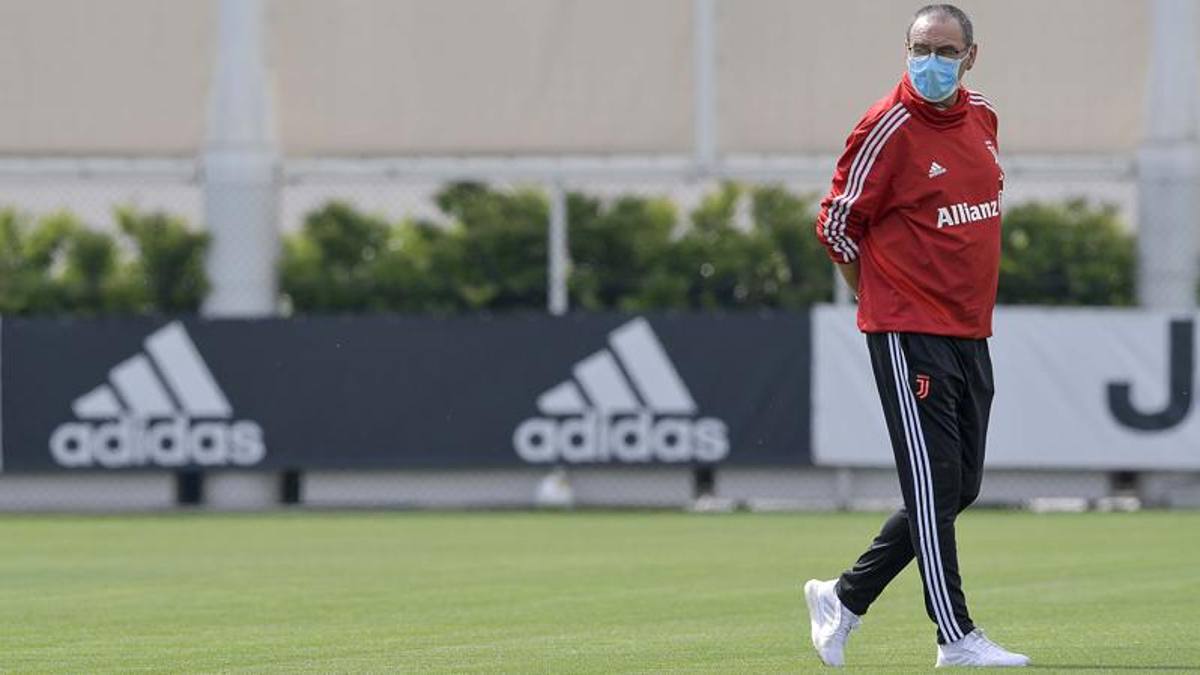 The mask instead of the hat and it has nothing to do with Carnival, also because we are abundantly out of period. The first shot of Phase 2 by Maurizio Sarri is with his arms behind his back and his gaze, even if half hidden by protection, full of concentration. The Juventus coach returned to Continassa yesterday for the first time more than two months after his last training session. It was March 11, when the positive attitude of Daniele Rugani, the first infected player in Serie A, who blocked Juventus and the whole bandwagon of the Italian ball, was announced in the evening.