Capture of the ‘Penthouse 3’ poster and the scene in question.

Previously, in episode 13 of ‘Penthouse 3’, which was broadcast on the 3rd, a news special scene was inserted while dealing with the collapsed Hera Palace, and here the report screen of the Gwangju building collapse that occurred in June was used. 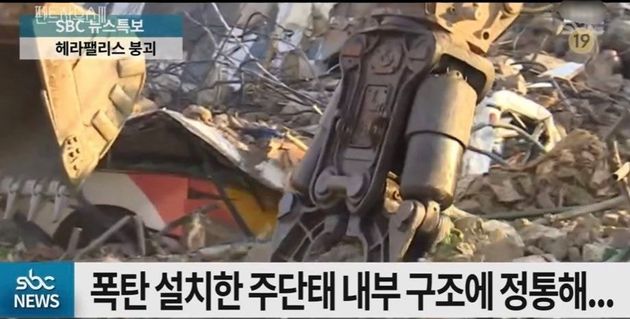 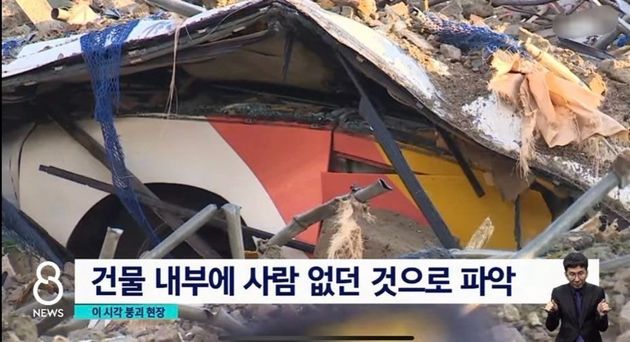 The site of the collapse of the Gwangju building reported by SBS on the day of the disaster.

The Gwangju building collapse disaster occurred at the redevelopment and demolition site of Hak-dong, Dong-gu, Gwangju. The five-story building suddenly collapsed and hit a city bus passing in front of the building. Nine bus passengers were killed and eight were injured.

In addition to this, ‘Penthouse 3’ also used the news screen of the Pohang earthquake damage from the broadcast. Criticism arose when it became known that the news report screen, which was filled with the pain of the victims, was used in a drama that had nothing to do with it.

The production team of ‘Penthouse 3’ said, “It has been confirmed that inappropriate scenes were used. We sincerely apologize to the victims and their families of the Gwangju Hakdong collapse accident, the Pohang earthquake victims and their families, and all viewers.” The production team also said that the scene was being removed from reruns and VOD. He said he would investigate the circumstances of the problem.

Below is the full apology from the producers.

This is the production team of the drama ‘Penthouse’. First, it was confirmed that inappropriate scenes such as the Gwangju Hakdong collapse accident and the Pohang earthquake damage news screen were used in some scenes of the SBS Friday drama ‘Penthouse’ broadcast on September 3rd. We sincerely apologize to the victims and their families of the Gwangju Hakdong Collapse accident, the Pohang earthquake victims and their families, and all viewers.

After we have identified the problem, we are rebroadcasting the scene and removing it from VOD. In addition, we will do our best to prevent recurrence by identifying the circumstances in which the scene was written through a thorough internal investigation. Once again, we bow our heads and apologize to everyone who may have felt the pain and disappointment due to this incident.

Do Mirotic and Tavares arrive at Real Madrid-Barça?

Bridor factory near Rennes: why are ecologists opposed to the project? – Reindeer

“How many weeks did you get it?” LG Energy Solution Public Offering Share Subscription Challenge… Will chasing come true?

Do Mirotic and Tavares arrive at Real Madrid-Barça?