Daniel Craig and the trauma of accepting James Bond fame 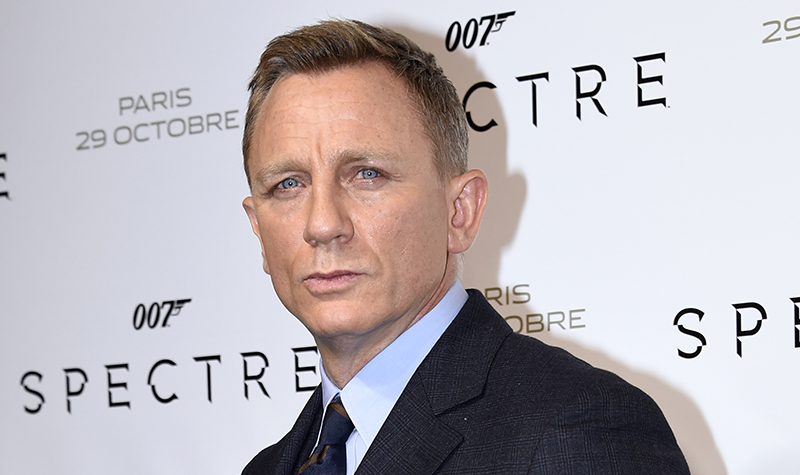 Success has incessantly accompanied Daniel Craig since he was in charge of James Bond with Casino Royale in 2006. Getting under the skin of the renowned British spy taking the witness of Pierce Brosnan not only allowed him to act in this millionaire saga of films in titles such as Quantum of Solace, Skyfall, Spectre or the imminent No time to dieRather, he elevated his star status to the point of currently being one of the highest paid actors in Hollywood.

But the role of agent 007 has not been all joys. In fact, in a documentary recently released on Apple TV In the shoes of James Bond, the actor has acknowledged that when he began to play Bond he felt “Physically and mentally besieged”.

The documentary, only 46 minutes long, tries to address Daniel Craig’s career since his association with the Bond character 15 years ago, including reflections of the actor himself, statements by those responsible for the franchise such as producers and screenwriters Michael G. Wilson or Barbara Broccoli and even behind-the-scenes scenes never seen before. But beyond being promotional material for the premiere of No time to die, also focuses on embracing the bitter side of what Craig lived through.

In fact, the documentary itself begins by recalling the cold reception that the signing of Daniel Craig as James Bond received after his announcement, collecting testimonies from journalists and television programs pointing out that “The official presentation of 007 has not impressed the press”, that the actor “It was very bland” or statements like “Criticism is already raining down on the new James Bond”.

And this is also recognized by producer Michael G. Wilson and producer Barbara Broccoli, who point out how Craig had always been seen “More as secondary” that leading the leading role of a great saga like James Bond. However, they admit that they saw in him “An image of a cool person” who believed it was the most suitable for Agent 007, so it was their main bet when it came to introducing new candidates to the study. Nevertheless, Craig was aware of these prejudices that fell on his figure.

The actor, who at that time had come from reaping successes with films such as Road to Perdition de Sam Mendes, Layer Cake de Matthew Vaughn o Munich Steven Spielberg admits that these preconceptions about his person led him to consider rejecting the role.

“As for me, he was already more successful than he would ever be as an actor; I didn’t have a great personality ”Craig admits in the documentary. “He had made weird art films. It was a more difficult sale. And I really didn’t want to do it, because I thought I wouldn’t know what to do with it. I was going to get the script, read it, and say, ‘Thanks, but no.’“, continues the actor in relation to the pressure of taking on a role as mythical as that of James Bond with which, years ago, interpreters such as Pierce Brosnan, Sean Connery or Roger Moore had offered such memorable works for the public.

However, Daniel Craig finally made the decision to be the new Agent 007, but although his role was totally admired thanks to the success and good reviews of films such as Casino Royale O SkyfalThe high level of fame he brought to his life gave him a new headache. So much so that he even had to ask for help from fellow professionals to learn how to cope.

“My personal life was affected by being so famous all of a sudden. I used to lock myself up and close the curtains, I was in the clouds. He was besieged physically and mentally. I didn’t like the new level of fame. It was Hugh Jackman who helped me accept and appreciate it. ”, Explain.

In fact, the pressure of fame that James Bond brought with him led him to make difficult decisions, such as the lend themselves to keep rolling Spectre in 2015 after breaking his knee while filming in the Austrian Alps. His injury was worse when filming continued in the following weeks at Pinewood Studios in the United Kingdom, leading Craig to a feeling of unease that he even stated outright during the promotion of the film. “I’d rather cut my wrists than go back to being James Bond”, as he pointed out in an extensive interview with Time Out London.

Throughout the documentary In the shoes of James Bond, the actor also enters to value these affirmations and justifies them alluding to the mental exhaustion that Specter caused him. “I don’t want to keep talking about how difficult Specter was, but I needed a break.”, He admits. “I really felt psychologically too old at the end of that movie.”, matiza Craig.

Despite everything, Daniel Craig, with a millionaire sum of money involved, decided to give James Bond one last chance and say goodbye to the character in No time to die. In fact, the actor Take advantage of the documentary to talk about this latest work and we are given the opportunity to see his moment behind the cameras saying goodbye to the team of the saga, in which there were people with whom he has worked throughout his career.

“I’ve been doing this for a while and have worked with some of you for most of my career, about 30 years, which is a long time. And a lot of people here worked on these five movies with me. Many things are said about what I think of these films, but I have loved every second of them, especially this one, because I got up every morning and had the opportunity to work with you guys, and it has been one of the greatest honors of my life “says Craig through tears.

“My time is what it is, but it is part of something greater. That’s right, you look back and I really feel that way. But I look back at the movies and feel incredibly proud of each one of them. We did our best, our best really. Leaving this role is not easy”, concludes the actor at the end of the documentary.

His latest film as the legendary spy hits theaters on October 1, but in the meantime you can discover his honest testimony on Apple TV. In the shoes of James Bond It is already available on the platform for free until October 7.

More stories that may interest you:

‘Emma, Emma!’ – Raducanu heads to wrong end of court as umpire gets involved at Australian Open

Mortgages, an investment in times of uncertainty – El Financiero

‘Golden wedding’ for Elche and Madrid

Video – Cristiano Ronaldo furious after substitution: ‘Why me?’ | Football

Europe remains cautious after the rebound in Asia

‘Emma, Emma!’ – Raducanu heads to wrong end of court as umpire gets involved at Australian Open

Mortgages, an investment in times of uncertainty – El Financiero