This Wednesday, April 7, the state Carabobo continues in a critical situation by pointing out 48 positive cases of COVID-19 infections, 388 days after the pandemic, which in the last 24 hours in the country 1,115 new infections were registered, 1,114 by community transmission and 1 imported. 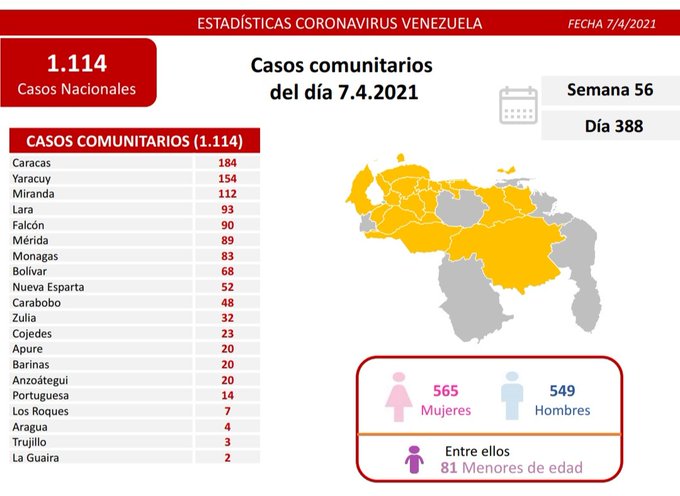 The Vice Minister of Information and Communication Freddy Ñáñez highlighted that Caracas today presents 184 cases, the highest number of infections, in 21 of its 22 parishes: El Valle 28, Sucre 27, Altagracia 22, El Paraíso 14, among others that are described in the following sheet: 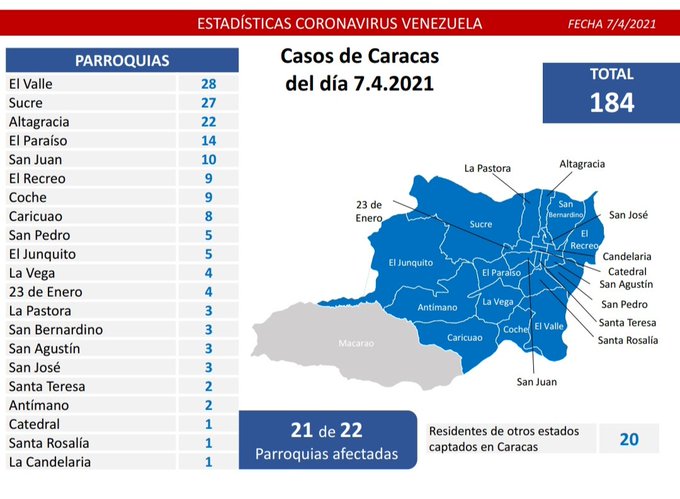 The only imported case is a man from Mexico, with entry through La Guaira: 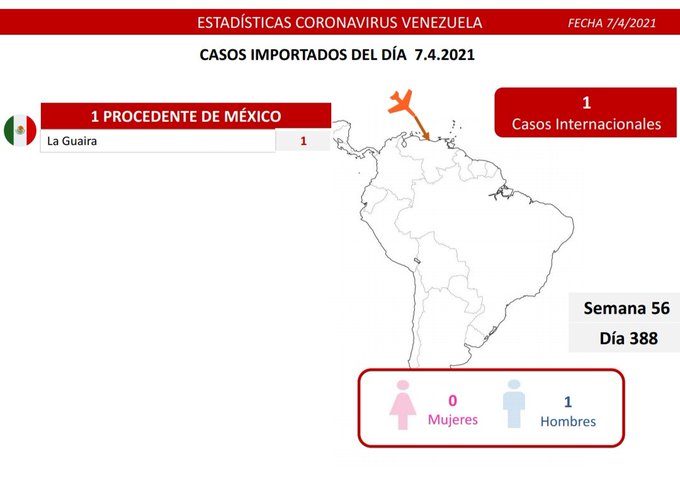 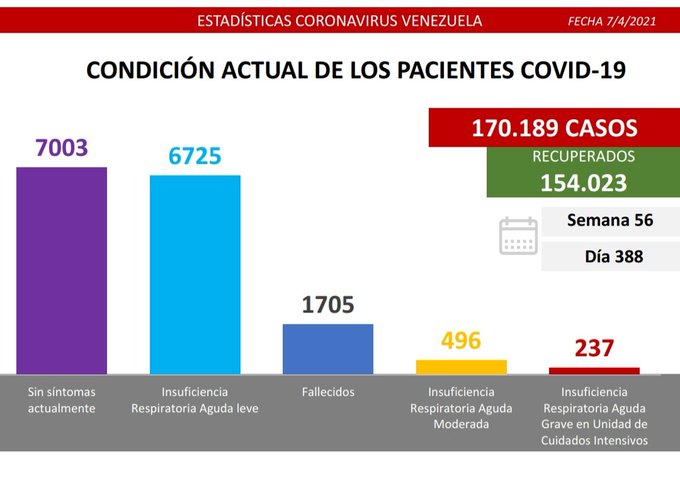 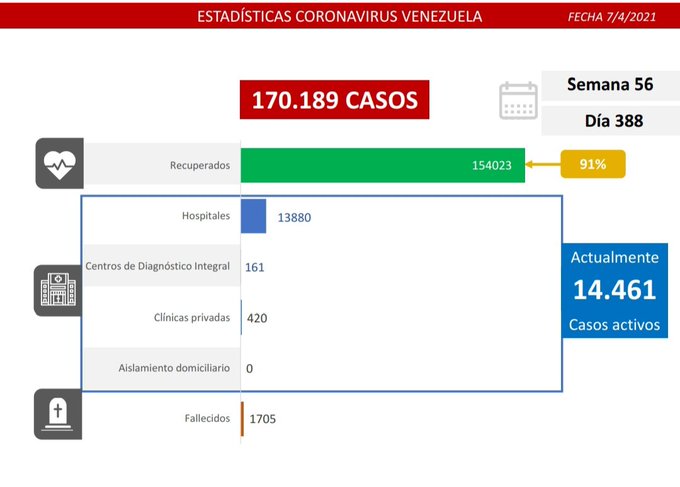 This Wednesday the death of two people with symptoms associated with COVID-19 was reported in Carabobo: businessman Luis Tomé and engineer Pedro Rojas. They don’t appear in the recordsNor were Argenis Goto Ecarri, the priest Moisés Pérez, the businessman Carlos Lozano, the worker of the El Palito refinery, Freddy Alvarado, or any of the 45 doctors that the unions of the entity have reported as deceased by coronavirus, especially in recent weeks.

“I’m disappointed with the Democratic Party since I...

a logical “transfer” of the file to Nancy

Simón confirms that Madrid has had 35% more...

What was the last time that Real Madrid...

When is my grandmother’s vaccine?… Vaccination for the...