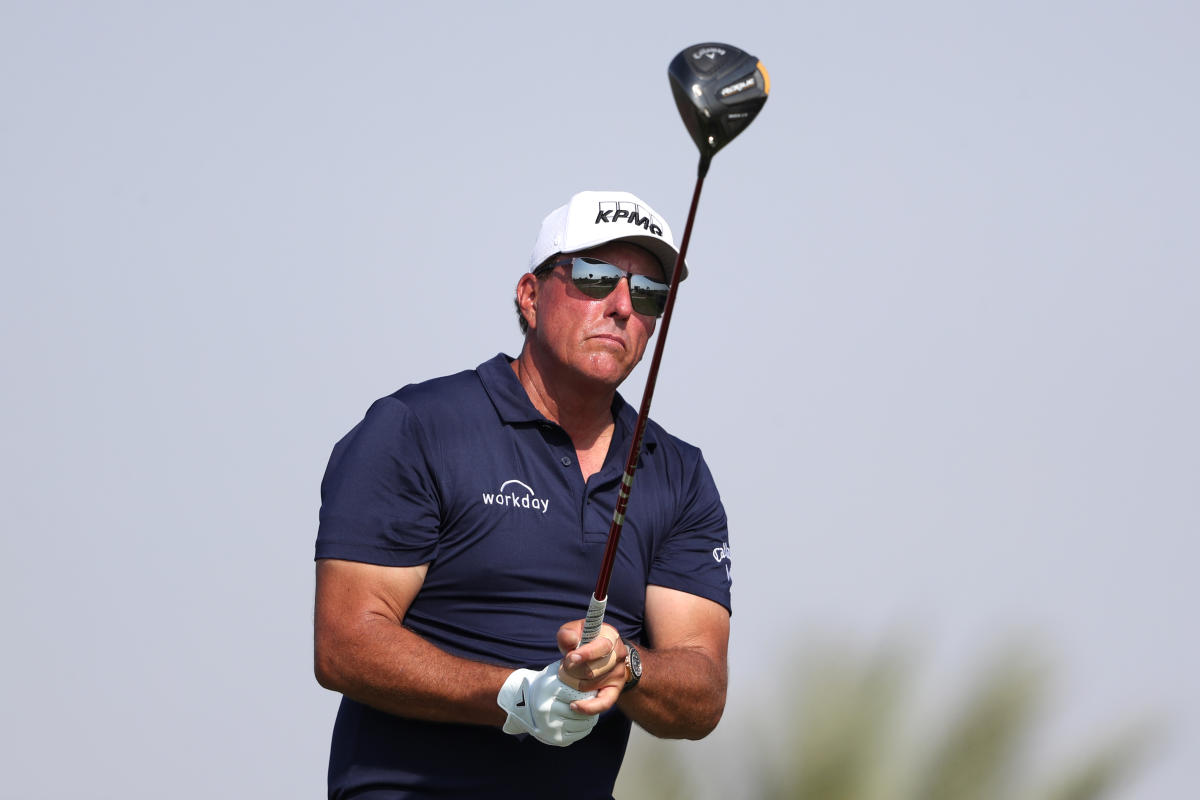 Phil Mickelson has already seen plenty of consequences for his now-infamous comments on the nascent Saudi golf league, and now he’s losing another longtime sponsor.

Callaway announced Friday that it is pausing its partnership with Mickelson over a “choice of words” it firmly denounced.

Callaway does not condone Phil Mickelson’s comments and we were very disappointed in his choice of words – they in no way reflect our values or what we stand for as a company. Phil has since apologized & we know he regrets how he handled recent events. We recognize his desire to take some time away from the game and respect that decision. At this time, we have agreed to pause our partnership and will re-evaluate our ongoing relationship at a later date.

Mickelson had already lost major sponsorships such as KPMG and Amstel Lightbut his Callaway deal falling through is notable considering he has been with the company since 2004 and had signed a contract extension in 2017 that ran through the rest of his playing career.

Phil Mickelson brought this on himself

Mickelson has been in hot water since the book excerpt heard ’round the world was published last week. In the book, veteran journalist Alan Shipnuck reports Mickelson to have justified his support for the Saudis and their rampant human rights abuses in a way that was tone-deaf at best.

From the Fire Pit Collective:

“They’re scary motherf***ers to get involved with,” he said. “We know they killed [Washington Post reporter and U.S. resident Jamal] Khashoggi and have a horrible record on human rights. They execute people over there for being gay. Knowing all of this, why would I even consider it? Because this is a once-in-a-lifetime opportunity to reshape how the PGA Tour operates.

The backlash to the comments, in which Mickelson basically placed the financial well-being of pro-golfers over the human rights of millions of people, was swift, and might have had a role in waves of other golfers distancing themselves from the league after previously being rumored as involved. The league may still be coming, but it seems to no longer carry the sport-splitting potential the PGA Tour feared.

Days later, Mickelson apologized for the comments and said he should “be held accountable,” but he also claimed Shipnuck had quoted him out of context and without his consent. Shipnuck immediately denied the claim, calling it “a half-hearted attempt at revisionist history” and “false and duplicitous.”

Yrma Lydya case: Jesús “N” was linked to the process for femicide

ZOE: Headaches are the most common symptom of Covid-19 when BA.4 and BA.5 are dominant

Zenit will discuss the transfer of Erakovic with Red Star. The 21-year-old defender is ready to move to the RPL (RB Sport) – Football

The Junges Theater Wolfsburg is about values ​​and diversity

Yrma Lydya case: Jesús “N” was linked to the process for femicide

ZOE: Headaches are the most common symptom of Covid-19 when BA.4 and BA.5 are dominant

Zenit will discuss the transfer of Erakovic with Red Star. The 21-year-old defender is ready to move to the RPL (RB Sport) – Football