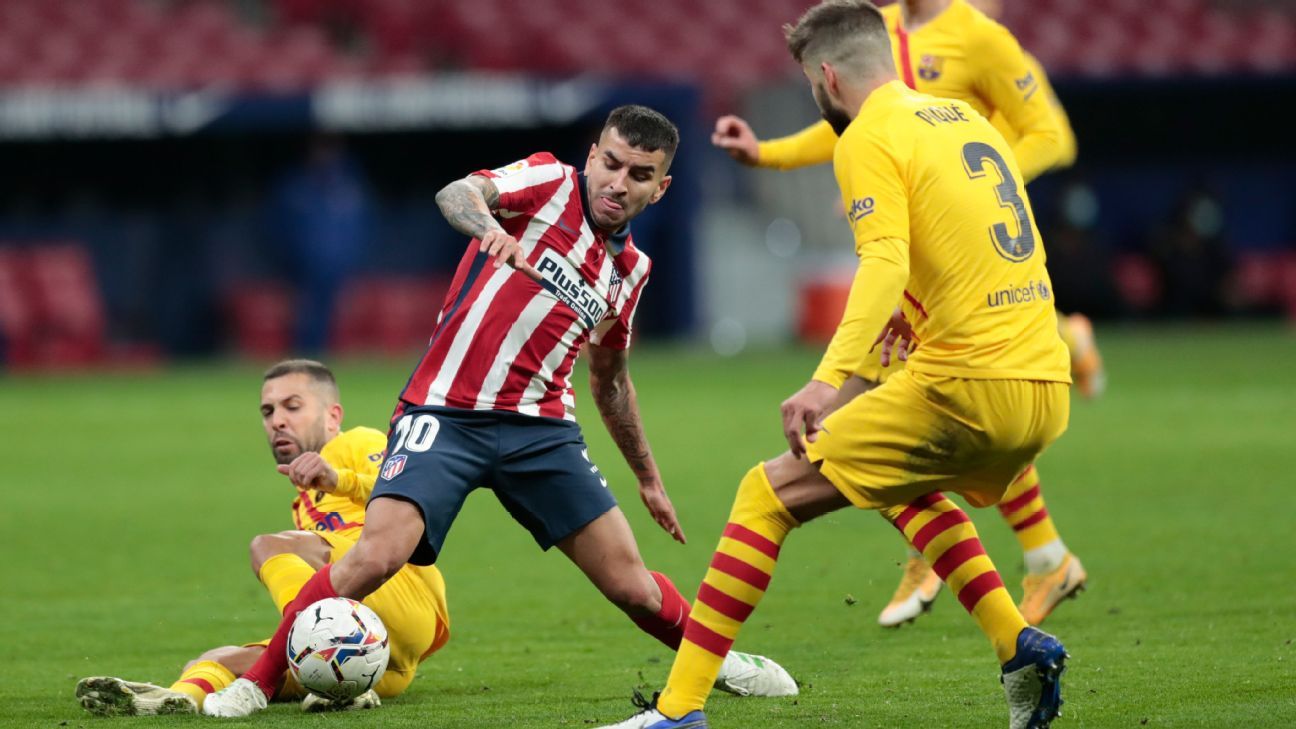 MADRID (Jordi Blanco) – Atlético left Barça in nothing. Lost in the League, already nine points behind the lead after one defeat, another, with a sad record. Simeone’s team collapsed a rival that barely existed in attack, with a good start from Dembélé … And nothing from ten minutes, when playing, passing the ball without rhyme or reason, with no more depth than the trying the French, developed a match for oblivion.

For Atleti it was enough with a terrible error by Ter Stegen in the added time of the first half to win the game. Poor control by Piqué in attack led to Correa’s magnificent deep pass for Carrasco, who left the German goalkeeper on his way out as desperate as he was hasty to take the ball and score, from far away, into an empty goal.

A monumental mistake … but an error in the end that should not have been more than an anecdote in the game if Barça, before and after, had been the expected team. Koeman warned in the preview that the image to follow was the one offered in Turin against Juventus. It did not resemble him. Not even remotely.

A night to forget Pedri, a horrible night for Messi, a terrible night for De Jong, a rough night for Griezmann … And for Pjanic and Jordi Alba. And terrible for Piqué, the initial cause of 1-0 and who had to leave the field injured, it will be seen of what consideration, after a bad fall by Carrasco on his knee.

The injury of the central defender was the last bad news for a Barcelona without order or concert, delivered to the rhythm that Atlético wanted to impress on the game that already before the 1-0 touched the goal in a poisoned shot by Saúl that Ter Stegen saved and another de Llorente who spat the crossbar.

The scares, however, did not wake up Barça, who went to rest with the low blow from the goal scored by Carrasco and was unable in the second half to impose a new image on their football. Everything failed him on the most important night and he was against the ropes.

Played eight league games, Koeman’s team has already lost no less than 13 points, in an unknown streak at the Camp Nou. At this point, Atlético can be considered as aspiring as he is fired from Barça, who will need little less than a miracle to re-engage in the fight for the title.