a “discriminatory” measure, according to drivers’ associations

Next week the new Sustainable Mobility Ordinance of Madrid faces a decisive moment, as it will foreseeably go to be definitively approved next Monday in the parliamentary plenary session of the capital and with the amendments required by the rest of the groups included.

Among the main measures contemplated in this regulation is the reformulation of Central Madrid, necessary so that it does not cease to have de facto effect after being overthrown by the Superior Court of Madrid (TSJM), but also a calendar that will prohibit gradually the vehicle circulation that do not have an environmental label.

But while part of the opposition considers that the developments in Central Madrid “represent a setback in environmental protection” with respect to the one approved by the government of Manuela Carmena. opposing voices and at the opposite pole with regard to veto definitively to the more polluting cars.

How and when will the new regulations ban unlabeled cars?

Among other measures, the new Sustainable Mobility Ordinance of the capital aims to progressively leave out of the equation the no label that, from 2025, will have forbidden to circulate throughout the municipal term of Madrid and without exceptions.

Until 2024 the restrictions will only affect cars and vehicles that are not registered in the IVTM standard of the townhall de Madrid (that is, those who pay the road tax in the capital), but the measure will be extended in four years to any vehicle without a label:

– From the January 1, 2022, access and circulation on the urban roads of the inside the M-30, excluding the M-30 itself, to all vehicles without a label that are not registered in Madrid capital.

– From the January 1, 2023, access and circulation on the urban roads of the inside the M-30 and of the own M-30 to all vehicles without a tag that are not registered in Madrid capital.

– From the January 1, 2024, access and circulation are prohibited all public roads urban areas of the territory of Madrid to all vehicles without a tag that are not registered in Madrid capital.

– From the January 1, 2025, the ban will also be extended to vehicles of label A registered in the city of Madrid.

This means that from next year, any non-resident car will not be able to access the interior of the M-30 with their car: for example, if it is registered in Móstoles but its owner works in Madrid.

And in less than three years, any man from Madrid who has a car or vehicle of these characteristics will not be able to drive his car throughout the city. 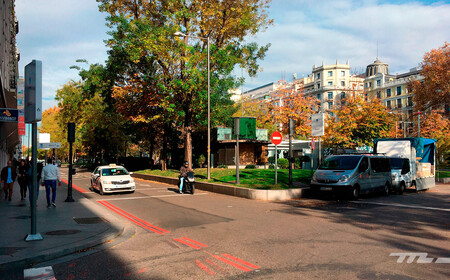 This measure is not being well received by some entities and drivers, as is the case of the Platform of Vehicles Affected by Mobility in Spain.

This association considers that violates “fundamental rights and freedoms” of many Madrid drivers, apart from assuming “a discrimination between people residing in Madrid or not “, as detailed by its president, Miguel Álvarez, in statements to EFE.

The truth is according to the latest DGT data of the Spanish vehicle fleet, and dating from 2020, of the 3.88 million cars registered in the Community of Madrid, a total of 692,337 have no label, which supposes a 18 %. In addition, to these we must surely add some of the 302,919 automobiles for which there is no data regarding distinctiveness.

In fact, this platform denounces that some 770,000 cars would be affected, which includes 315,000 cars registered in the capital.

Thus, they defend that many of these owners they cannot assume the purchase of another vehicle, not even a second-hand one, in addition to remembering that purchase aids are “negligible”. Not surprisingly, investing in a car is the second largest that families face after housing. 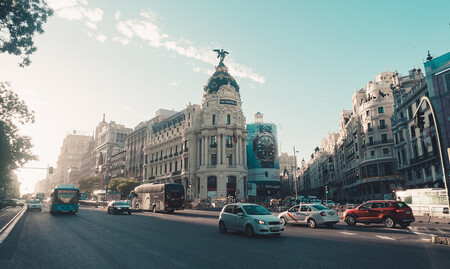 In the case of the Community of Madrid, and in parallel to the state MOVES III plan, aid has been provided for the purchase of alternative cars (ZERO and ECO) as well as label C. The incentives are part of the Plan Cambia 360, but The amounts have not been defined nor has it been activated.

On the other hand, the current MOVES only includes plug-ins (which almost forces in practice to have a garage to install a socket), and the incentives range between 2,500 euros and 7,000 euros depending on the mechanics and whether or not an old vehicle is scrapped. .

Given this situation, the Platform for Vehicles Affected by Mobility presented, together with other associations, allegations before the new Municipal Ordinance that, they assure, They have not received a response. They also filed a complaint with the Ombudsman.

For this reason, a protest march has been called on Sunday, September 12, on a route between Ventas and Paseo de la Castellana.

In Motorpasión | Am I ready to buy an electric car? Keys to know if it compensates | Europe wants 30 million electric cars circulating in 2030, but the automotive industry does not see it feasible |

[censored] Made in the neighborhood (clothing printer, OpenKnit)

List of Planets Consists of All Gas and Ice

Summary and goals of Athletic vs. Barcelona of Copa del Rey – AS

When does the second season of ‘Bridgerton’ premiere?

[censored] Made in the neighborhood (clothing printer, OpenKnit)

List of Planets Consists of All Gas and Ice